Update from Tushar in Delhi, visiting Delhi University as part of his course 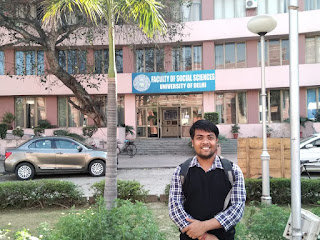 From Tushar in Delhi Today I had to visit the University of Delhi to obtain a document and it was great feeling to be back on campus. The weather was amazing, so I decided to walk around the campus. The total distance I covered was around 7.5 Km. Thanks!
Post a comment
Read more 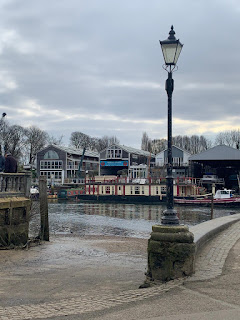 A collection of photos from last week, from the South West, London, and Delhi. Thanks to everyone who is walking any distance, everyone is clearly enjoying getting out and about.
Post a comment
Read more

Out and about in Delhi 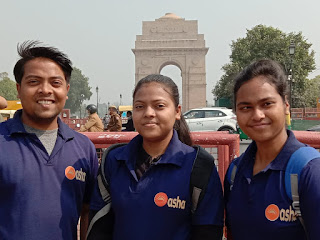 Hi Everyone, Now over 1400 miles towards the target of 4500 Tushar, Mala, and Juhi have been out in Delhi again..... Hello Everyone! Hope you all are doing well. Here we are with our next ramble, which we did yesterday. This time we chose the Lutyens' Delhi (New Delhi) to ramble around. The total distance covered by us was around 9.5 KM, starting from the President's House to the National Museum and moved forward towards the India Gate and finishing the walk at Gurudwara Bangla Sahib, near Connaught Place.  While Shahjahanabad had been the capital during Mughal era, New Delhi was chosen as the seat of power by the British Govt. in 1911  (Officially in 1931) shifting the capital from Calcutta to Delhi. But why this decision was taken? First, the British govt. believed it was easier to rule from the centre location, like Delhi, rather than ruling from the far eastern city. Moreover, it was a great source of creating a lineage and gaining support of masses, as Delhi had previousl
Post a comment
Read more
February 20, 2021 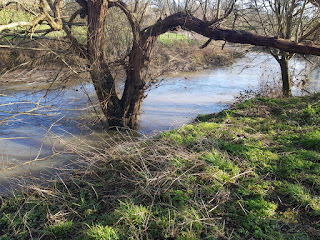 Hi Everyone, lots of progress this week in the UK, mostly in the rain! with sunshine as well.   With rain forecast over this weekend it is certainly going to be interesting to see how many get out and about. With £1515 + giftAid raised so far, it's really exciting to see how the next few weeks roll out, 2700 miles pledged with many still to decide, and over 500 miles in 2 weeks, with many still to advise totals.   Cameras have been put to good use as well. Thank you Richard Thank you Linda Thanks you Malcolm
Post a comment
Read more
February 14, 2021 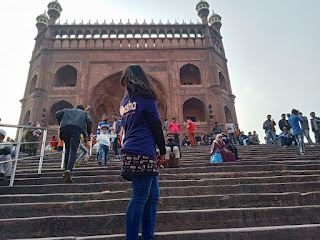 Welcome to Tushar, Maya, Mala, and Juhi, posting from Delhi.    A guided walk around New Delhi from Maya, Mala, Juhi and Tushar Hello Everyone As I promised to share pictures of historical sites of Delhi, so today, we (Maya, Juhi, Mala and I) decided to walk around the Old Delhi, which used to be the capital of the Mughal Empire, known as Shahjahanabad (The city of Shahjahan, contemporary Mughal emperor). We managed to walk approximately 11KM. I would also like to share some fascinating historical facts about this medieval city, hope you would enjoy.  It is being said that Delhi had been built, destroyed and rebuilt 7 times, and Shajhahanabad is one of them. Considering several factors, Shahjahan in 1639, decided to shift his capital from Agra to Delhi. Delhi was considered to be a sacred place by Islamic rulers, as many sufi saints and their forefathers were buried here. Shahjahan also used it as a medium to express the imperial ideoology as it was called the axis-mundi where the ear
Post a comment
Read more

Supporting Asha with a Walk

Do you wish you could do something more during the global pandemic to help Asha’s work among the urban poor in Delhi?  Many of the poorest families in the slums are facing months of little or no income as a result of the pandemic. In addition to supporting education and health, Asha is also working to alleviate malnutrition in the slums where they are based. Many past and present Asha students have joined with other young people to act as Asha Warriors, taking food, advice and encouragement to the most hard hit. But there is a cost to this. Here is a way in which you can help, in spite of Covid restrictions here in the UK. Join our “Delhi Ramble”. Our aim is to help raise funds to support Asha’s response to the pandemic in Asha Slums, by walking the approximate distance from London to Delhi, covering the distance of 4500 miles on foot by Easter between all of us. You can use your daily exercise to contribute to this.  You can walk a short distance or several miles at a time. You can wa
Post a comment
Read more